A Bean Builds a Billion-Dollar Empire 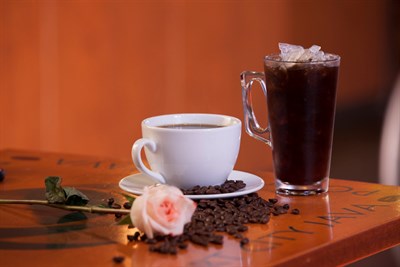 Coffee is a $20 billion industry, which makes entering this sector an appealing proposition. However, deciding to become a Port City Java franchise is more than just smart business. As a coffeehouse franchisee, you’ll be entering a world with a rich and long history, full of adventure, mystery…even a little romance.

A Long Time Ago in a Country Far, Far Away…
The National Coffee Association tells us that the story of coffee goes back centuries, to the ancient Ethiopian plateau. There, a goat herder discovered coffee when he noticed that “…after eating the berries from a certain tree, his goats became so energetic that they did not want to sleep at night.” Word began to spread. Coffee began to be cultivated on the Arabian Peninsula and was traded worldwide. By the 17th century, coffee had begun to replace the usual breakfast drinks of the time in Europe — beer and wine! (“The History of Coffee.” National Coffee Association of U.S.A., Inc. www.ncausa.org/About-Coffee/History-of-Coffee .)

Beans Go Global
As for bean cultivation, the Dutch managed to grab a hold of some of the precious beans and behold! The beans grew like crazy on the island of Java. Then, in 1714, King Louis XIV of France was gifted a coffee plant that he planted in the Royal Botanical Garden in Paris. A young naval officer obtained a seedling from that plant and set sail to Martinique. That plant grew like gangbusters and the seedling is considered the “parent of all coffee trees throughout the Caribbean, South and Central America. “

And now, romance comes to us courtesy of the Brazilian coffee bean. Francisco de Mello Palheta was sent to French Guiana to obtain some coffee seedlings, but the French governor there was not in the mood for sharing. Francisco left with nothing more than a bouquet of flowers presented to him by the governor’s wife. It turns out that she was so captivated by his good looks that she buried coffee seeds in the bouquet and the rest is a billion-dollar Brazilian industry! (“The History of Coffee.” National Coffee Association of U.S.A., Inc. www.ncausa.org/About-Coffee/History-of-Coffee .)

The World in Your Cup
All of this history is reflected in our Port City Java unique origins roasts . You’ll find beans from Tanzania, Brazil, Guatemala, Costa Rica, Colombia, and Sumatra. Each bean is roasted locally in a way designed to bring out its unique qualities.

As our local coffee culture continues to expand, we find that our guests and franchisees are more curious than ever about where their coffee comes from and how it’s prepared. At Port City Java, we’re proud to be able to provide our guests with the details — along with an exceptional cup of coffee. And, we’re excited to help our Port City Java franchisees build their own businesses based on this one little bean and its history.